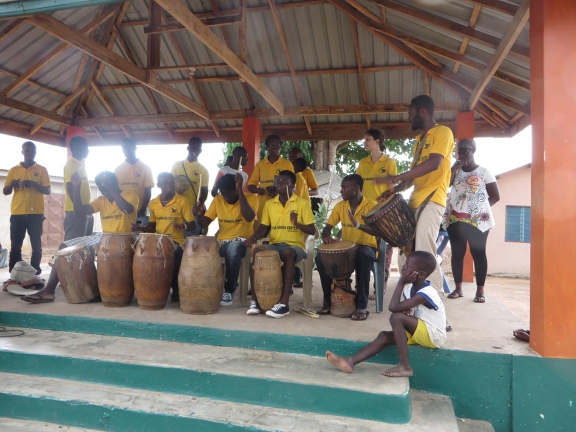 Today, after three dance practices with my dance instructor Richard, I had my first village outreach. The dances are really exciting to perform, and really high-energy. I especially love doing the dance-drama because I’m an Acting student. I play a prostitute who refuses to have sex without a condom, and is strong and healthy afterwards, while another girl plays a prostitute that has sex without a condom and gets HIV. It’s so much fun but it’s also sending a very important message. I learned a few African songs, too, which we all sing together between dances. After the performances, we tell the community about the ways in which HIV can spread, what fluids can carry the virus, and how HIV enters the body. I held up signs that have words and illustrations of things like “blood,” “mouth,” and “sex,” so that the fluids, “doors” of the body, and ways HIV is spread are understood fully by our audience. It was really fulfilling to see people nodding at the signs and interested in how they can protect themselves. Richard and I also did a condom demonstration. I was not expecting such a strong reaction— everyone started talking all at once, and looking very uncomfortable. Parents shooed away the children so they wouldn’t watch the demonstration. But most people stayed to watch and we even got applause afterwards! We then encouraged people to get tested for HIV. A lot of people were very scared, but I was pleased to see that the number of people who got tested was high. As the testing was going on, I was surrounded by a huge group of children who had never seen an “oburoni” before and were touching my hair and my white skin. When the testing was over, Aaron and I went to a restaurant where I tried banku for the first time — fried fish, cabbage, and dough in a spicy peanut soup. It was delicious! 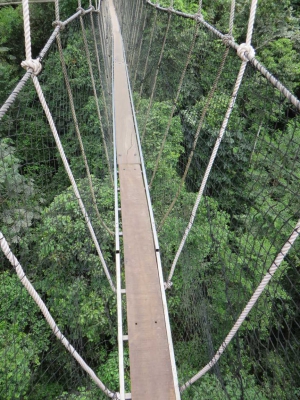 This past weekend, Aaron and I went to Cape Coast. We walked through Kakum National Forest on a swinging canopy bridge way above the trees, and the view was spectacular. We went to the beach and my Canadian self was quite excited to be in ocean water that wasn’t icy. I tried a dish called red-red, which is bean stew and fried plantains, and have become obsessed with a Ghanaian drink called Alvaro. We also got a tour of Cape Coast Castle. The Castle was beautiful but quite unsettling as slaves were kept there and then shipped off. The cells slaves were kept in were tiny and there was hardly any light or air, and many slaves died from starvation in the exact spots in which we were standing. At the end of the tour, our tourguide spoke to us about how slavery still exists and how we must work together to end that kind of discrimination, and the man standing next to me took my hand and said, “Look at us—we’re fighting racism!” It was really heartwarming. 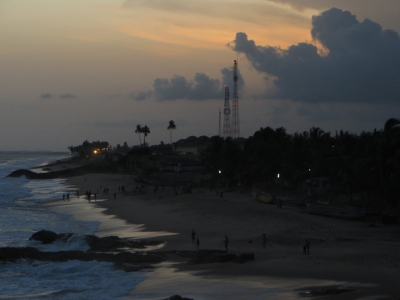 On Sunday, one of my dance practices was canceled and I got to go with Aaron to a Ghanaian Muslim wedding, which was such a unique and fun experience. Everyone wore beautiful and colourful clothes, and took turns dancing with the bride. One wedding tradition that I’d never heard of before was throwing money— and when I went into the dance circle, I was pretty surprised to have people throwing money at me! 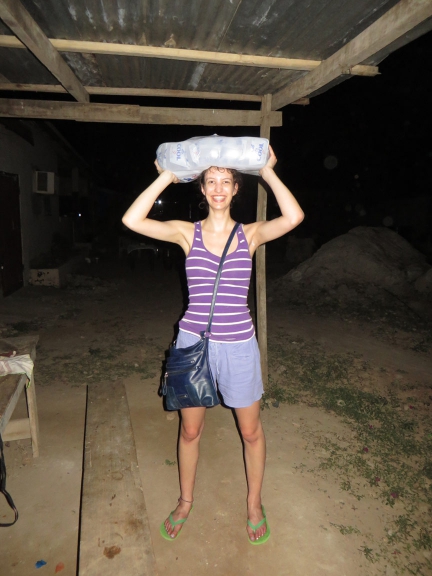 I’ve had so many new and amazing experiences so far. I’ve been here less than a week, and now I never want to leave.

Life in California | Life in Ghana | Our Shop