Love is becoming a crime of international amnesty after attacks on gay people are increasing. Relationships between two people of the same gender is considered an illegal act and a crime in 38 of 54 countries on the African continent, including Ghana. In some countries homosexuality is punishable by imprisonment, torture and death. While there are some countries such as Cape Verde or Kenya that try to fight against this discrimination, their efforts need more international voices . The Sankofa Center will join the cause of numerous people and countries that take a stand against homophobia. Homophobia increases the risk of HIV infection for gay and bi-sexual people because they often do not have access to adequate prevention services and often keep at-risk behavior a secret out of fear of persecution caused by stigma and discrimination within the medical community.We bring attention and awareness to the people of Ghana who are marginalized because of their sexual orientation and teach them how they can reduce their risks of infection; and to live healthy and proactively if infected. Over the years we have educated over 35,000 youths and 50,000 community members regardless of their sexual orientation and activity. The Sankofa Center takes a stand against homophobia. 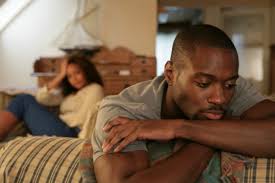 Life in California | Life in Ghana | Our Shop